Dependence on fossil fuels is damaging to the world in so many ways, including by empowering acts of war, says Marco Magrini

There’s only a slim chance left of avoiding the most disastrous impacts of climate change, whose pace is accelerating and whose effects are becoming harsher than predicted. That, in a nutshell, is the conclusion of the latest IPCC report. In an ideal world, it should have prompted a worldwide emergency response and full-page headlines. In the real world, the report’s release was submerged beneath the news of a previously inconceivable act of war.

It was in 1973, after the OPEC oil embargo had triggered the first oil shock, that the goal of ‘energy independence’ and the solution of ‘renewable energy’ came to the fore. Since then, on several occasions, the correlation between oil price and the brutish behaviour of petrol-financed regimes has been clearly proven. The New York Times columnist Thomas Friedman billed it as the ‘First Law of Petropolitics’.

It was during the late 1970s, around the time of the second oil shock, that climate scientists put aside the ‘cooling planet’ theory and leaned towards man-made warming of the atmosphere. A decade later, thanks to new computer modelling, they started to sound the alarm: fossil fuel consumption is harmful. 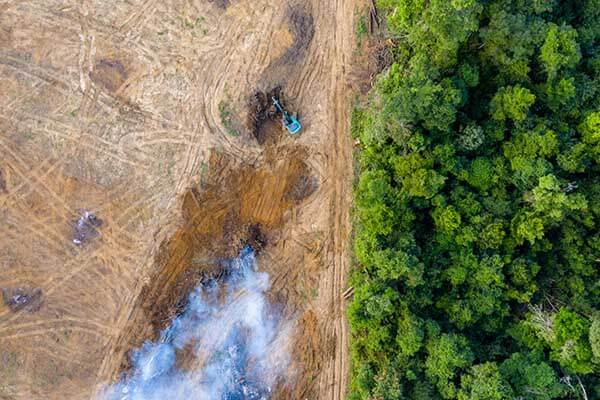 At first glance, humanity’s stark climate destiny and the war in Ukraine may seem unconnected. But the geopolitical chaos caused by our insatiable thirst for oil has long produced dire consequences for the planet.

And consider this – thanks to its oil, gas and coal resources, Russia has amassed billions of dollars and holds relatively few debts. It’s difficult to imagine that its president would have considered marching into Ukraine without the US$700 million per day Russia was earning from its fossil fuel business. In the meantime, the conflict has made oil and gas prices skyrocket, thus emboldening other regimes sitting on a fossil-fuel treasure chest.

It’s true that renewable energies – solar and wind, tidal and hydro – are unevenly distributed among countries, but certainly not as much as fossil fuel deposits. The legitimate dream of a world in which the sun and the wind power a society peacefully living on a planet that’s still habitable, can’t be shattered by a military folly.

Yet, as Europe (never energy-independent) looks to resort to coal again, the world has just taken a step backwards. Let’s hope that the Ukrainian tragedy will prompt some huge steps forward. The IPCC just confirmed what will happen otherwise.