The geopolitical implications of change to a net-zero world will be as profound as those of the switch from coal to oil. However, they won’t end great power rivalry nor competition for energy resources. Over the decades it will take to end our dependency on fossil fuels, new forms of confrontation and vulnerabilities will emerge.

Most of the advanced industrial countries are the best placed to adapt energy policy. Those that don’t may remain strong for several decades but will be struggling by the end of the century. The poorer nations are not only more at risk from climate change, but many will struggle to adapt without help. Strong sunshine is only of so much use if, like Chad, you can’t afford numerous huge solar farms.

Water is a key issue – either too much of it or too little. Storm surges are causing greater intrusion of saltwater into rivers and farmland. Bangladesh and Myanmar are particularly hard hit. This is increasing the number of people migrating, which in turn is causing political tensions.

About two-thirds of freshwater comes from lakes or rivers that cross national borders. As water shortages worsen, so will tensions between countries. Egypt has already threatened Ethiopia with war following the completion of the Grand Ethiopian Renaissance Dam on the Blue Nile.

In Central Asia, water-scarce Kazakhstan, Uzbekistan and Turkmenistan have fallen out with water-rich Tajikistan and Kyrgyzstan over the flow of rivers. Pakistan and India have managed to share the waters of the Indus River, but cooperation in the future will be tested as demand rises and supply falls. The same is true with the Euphrates and Tigris, which rise in Turkey and feed into Syria and Iraq. Meanwhile, China is in dispute with India after Beijing dammed the Brahmaputra River, which flows into India and Bangladesh. It even has plans to divert water to Xinjiang province via a 965-kilometre tunnel.

China has its own water shortage, with hundreds of millions of people affected, even as some regions are hit with devastating floods. However, China invests more than anyone in renewables and in searching out the minerals required. This, in turn, is fuelling competition for influence and contracts, especially in Africa.

It’s argued that states supplying the all-important minerals will be in positions of power. That’s true for some, such as Australia (lithium), but less so for the Democratic Republic of the Congo (cobalt). Due to misrule, civil wars and poverty, DRC is more likely to be exploited for its resources than to exploit them. However, any country able to dictate terms for its minerals will make huge profits as the demand for them is set to rise enormously in the next two decades.

The Arctic is a new area of competition. Sea lanes are opening, and oil and gas fields are being explored, leading to arguments about who controls them. The new sea routes could be part of the changing geography of global trade. Russia is trying to persuade shipping companies to switch from the Suez Canal to the Northern Sea route. In the longer term, some of the world’s choke points, such as the Strait of Hormuz, may dwindle in importance.

Antarctica is also a place where change may come. The treaty banning mining there is up for review in 2048. Antarctica holds the world’s largest store of fresh water and huge reserves of gas and oil. The latter will still be in demand in 30 years, while thirst for the former will have grown. The major powers are also eying the emerging land because the closer you are to the South Pole, the more accurate is your GPS system. Building military installations will be an attractive proposition. 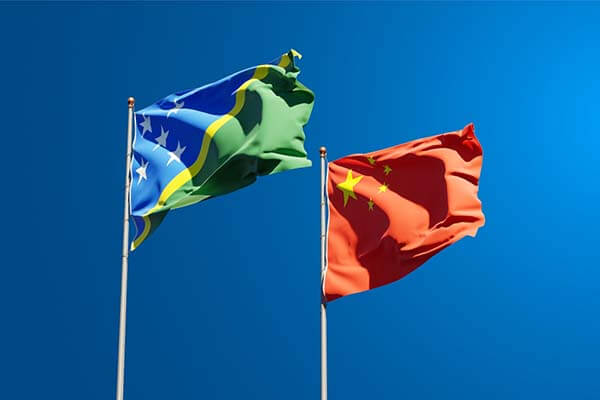 The increased electrification of the planet will leave countries increasingly vulnerable to cyber-attacks on critical infrastructure systems. This was shown in the 2015 attack on Ukraine’s grid, which cut power to almost 250,000 people for six hours.

It’s not all bad news. The potential for hydrogen and ammonia as power sources is growing and several countries, including Japan and Chile, are already exporting supplies. Chile is an example of a country that may be able to become clean-energy self-sufficient, thus enhancing its energy security.

Saudi Arabia and Russia will remain rich for decades because it will take that long to wean the world off fossil fuels. However, the Saudis, having read the future, are racing to diversify their economy and are investing heavily in renewable energy. The Russians, in comparison, are doing little and may be a long-term loser. Saudi can transition from a ‘petrostate’ into an ‘electrostate’. Russia? Less sunshine, less innovation.

Saudi is also an example of how alliances change. The USA is almost energy self-sufficient and holds a strong technological and geographical advantages for the switch to green energy. This is part of its long withdrawal from the Middle East. That, in turn, is why Riyadh will soon be looking for other defence partners in the region. It’s just one example of many slowly changing relationships around the world.